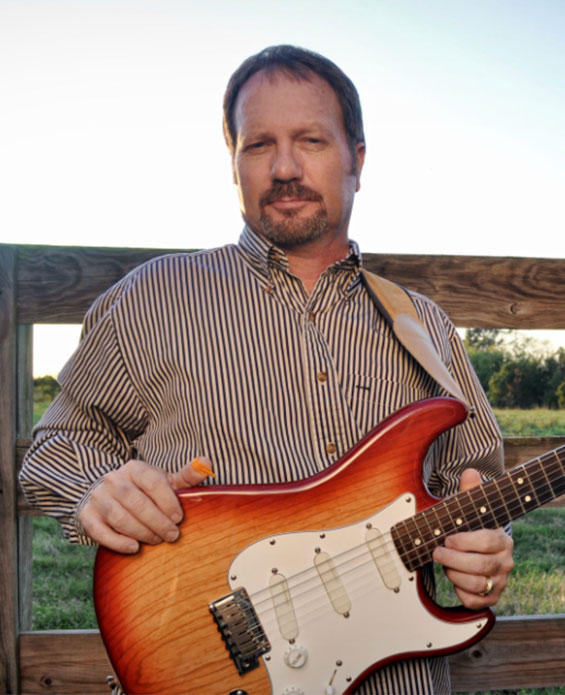 As a working musician in Nashville since 1983, Glen has performed both live and in the studio with numerous artists. Beginning in July 1990, he worked most frequently with country legend (and CMA Hall of Fame member) Jean Shepard. Most weekends found him playing guitar on WSM’s “Grand Ole Opry” where Jean continued to perform regularly until November 2015 when she celebrated 60 years on the Opry. In his 25 years of association with the Opry, he has performed with and alongside the legends of country music as well as many of the newer hit-makers of the day.

Growing up in a musical family in a small town in Mississippi, Glen’s experiences included Saturday night “musicals” and Sunday morning Gospel. His dad was a fiddler / guitar player who exposed him at an early age to “old time fiddling” and Chet Atkins records. Glen was influenced by it all and very soon was playing guitar for country bands and gospel groups all over that part of the country.

In 1983 he made the move to Music City and since that time has enjoyed working with professionals both on stage and in the studio. Highlights include playing lead guitar for the Classic Country show at the CMA Festival in Nashville , performing with several artists on a “Grand Ole Opry Cruise”, and a featured acoustic performance on  “Larry’s Country Diner” on the RFD television network. He has also been staff guitarist for over 15 years on the “Sunday Morning Country” show held each year at the Grand Ole Opry House and sponsored by the Music City Christian Fellowship. In his own home-based recording studio, Glen also produces custom projects for a variety of clients. He has also continued throughout his life to be an active musician in church.

For approximately 3 years now, Glen has enjoyed working with Gary West, and his “For the Love of Cash” show, a unique production that pays homage to Johnny Cash and the legends of country music.

IN THE NASHVILLE SCENE WITH ARTISTS SUCH AS: